It is said that our Forefathers, “Sharif Family” of “Sharif Monzil”, came from “Nishapur” ( the Chief City of the eastern Iranian Province of “Khorasan”, which was famous Culturally, Commercially & Politically from the mid-ninth century A.D. and its correct name is “Neyshabur”, though it is widely known as “Nishapur”. Due to the torture of the Mongol Rulers like Chingis Khan & Hulagu Khan on the Muslims, they had to flee for a safer life from Iran to India sometimes in 1221-1225 and from India to Bangladesh sometimes in 1780 or so ) of Iran to spread the light of Islam in Bangladesh and settled in the different parts of Greater Barisal District like : “Rahmatpur” of Barisal Town, “Sikarpur” of Babuganj and “Natai” of Gournadi Police Station of Barisal District. As per the Verbal information heard from the Seniors ( Late Mr.Moqbul Hussain Sharif [Kutti Dada], Grandfather, who died at the age of about 85 years in 1985 or so and Mr. Sharif Md. Shahjahan [Zakar Kaka], Paternal Uncle, 84 years ), Late Sharif Sirajul Huq, Paternal Uncle of Late Moulovi Muhd. Latif Hussain Sharif , Father of our Grand-Father Late Moulovi Muhd.Mobarak Hussain Sharif, along with other relatives came first in “Natai Village” about 225 years’ before and settled himself there, while the others settled in Rahmatpur & Sikarpur as mentioned above ( Actually, it is said with much emphasis that we came from “Nishapur” of Iraq. But upon confirmation from the related-

Websites :http://www.metmuseum.org/toah/hd/nish/hd_nish.htm & http://www.world66.com/asia/middleeast/iran/nishapur, I found Nishapur is in Iran, not in Iraq. Therefore, I mentioned Iran as our Country of Migration instead of Iraq and Geographically it is fact if our Forefathers are from Nishapur. I also want to agree with the views that our Forefathers came from Nishapur of Iran, as in our Village Home, we have a very few Blood-related Relatives, though we do have a lots of Relatives there [ Village Home ] as well as throughout Bangladesh through Marriage Relationships ).

This Sharif Family is an aristocratic Muslim Family in Barisal District, more or less connected with all the Elite Families of Greater Barisal, Faridpur & Khulna and also with some Families of Rangpur, Rajshahi, Bogra, Chittagong, Comilla, Sylhet & Dhaka Districts, though now a days, there is no sign of such aristocracy in our Village Home, except a small semi-old Building, a Big Pond ( Dighi ), a Big Village Home on the Main Road of Gournadi-Agoilzhara Police Stations of Barisal District with South Facing huge Residential Area having Private Car access ( which is above Flood-level, where the neighbors do come during the Rainy Season to dry their Paddy ) and some half-educated gloomy Faces, as the educated & solvent Groups reside in the different Cities of Bangladesh and Overseas as well.

However, my Father, Late Mr.Muhd.Altaf Hussain Sharif / Kanchan / Saadhu ( born in March, 1910 and died on January 10, 1996 at the age of 86 years at our Lalmatia Residece, Dhaka, Inna Lillahe … Rajeun ), used to work in the Police Department of Bangladesh Govt. as a Police Personnel ( C.No.555, Mymensingh ), who was also known as Saadhu ( due to his honesty ) in our Village home as well as to his Colleagues. Naturally, due to our Father’s Govt. Service, we had to stay with him at his work places, mainly in Sherpur & Kishoreganj of the Greater Mymensingh District. That is why, though I am from Sharif Monzil of Village Natai, Post Office : Natai, Union : Chandshi, Police Station : Gournadi, District : Barisal, Country : Bangladesh, but actually, my Birth Place is Barisal Town ( Christian Missionary Hospital, Bogra Road, Barisal ) and I spent my Childhood in Aambagan of Alekanda, Barisal ( upto 3-4 years ) ; Natai up to 4-5 years, Sherpur Town ( now Sherpur District ; from March, 1957 to June, 1962 ) of Mymensingh District and Youth stage was passed in Kishoreganj Subdivision of Mymensingh District ( Now Kishoreganj District ; from July, 1962 to March,1977 ).

While studying in MA Class, due to economic ground, I had to join as an Executive in the Expenditure & Audit Department of Sonali Bank, Head Office, Motijheel C/A, Dhaka-1000 in April, 1975 and left the same in September-October, 1978 to join another Govt. Service in the Directorate of National Savings, Ministry of Finance, Govt. of Bangladesh ( selected as “Assistant Director” through the Public Service Commission ).

Out of our total 05 brothers ( no sister ), Mr.Muhd.Shahadeat Hussain Sharif ( Firoz ), is our eldest brother, who completed his M.A.( Eco.) and M.Ed ( 1st in First Class ), a Bachelor and is the Headmaster of West Dhanmondi Yusuf High School, Sankar, Dhanmondi, Dhaka. Alam Ara Begum, MA ( Gen.History ), my wife, is from Munshi Para of Rangpur Town, Rangpur ( Daughter of Late AFM Maqbul Ali, Former Captain of the British Army as well as a Zaminder of Bagha, Rajshahi & Munshipara, Rangpur ). Sharif Tahsin Farah ( Sristy ), our only Daughter, is a student of Class : VIII, Scholastica School, Uttara, Dhaka. Dr.Muhd.Nazrul Hussain Sharif ( Lovelu ), MBBS, MD ( Nephrology ) is younger to me, who was in Dhaka Medical College as Asstt. Professor and at present, he is in the Health Ministry of the KSA Govt. and working as Sr. Consultant ( Nephrology ). Dr.Nurunnahar Sharif ( Baby ) is his wife, who works as Asstt. Director in the Health Directorate, Ministry of Health, Govt. of Bangladesh and they are blessed with one daughter named Biva, who is a student of CA Class in Dhaka. Mr.Muhd.Shazzad Hussain Sharif ( Khasru ), my 4th brother, is married to Ms.Pori of Faridpur, blessed with one son named : Shabik, a student of Class IX of West Dhanmondi Yusuf High School, Sankar, Dhaka. Khasru is sick now due to stroke and Mr.Muhd.Zafrul Hussain Sharif ( Mohim ), the youngest one, is married to Ms.Moushumi of Gandaria, Dhaka and father of one son, named : Dhrubo, who is just a minor yet.

My late Mother, Mrs. Shamsunnahar Altaf ( Shamsu ), Daughter of Late Mr.Md.Ismail Miah of Village : Diasur ( Miah Bari / Matbar Bari / Chairman Bari ) of Gournadi, Barisal, died on March 19, 1999 during Fazar Prayer ( Inna Lillahe …. Rajeun ) at our Mohammadi Housing Ltd.’s residence in Mohammadpur, Dhaka after her longest bed-ridden sickness of about 40 years, which hampered our Education & Family Life a lot, though we could finally overcome all the hazards with the blessings of Almighty Allah and our Late Father & the Eldest Brother, who sacrificed their lives for our proper Education and in all other aspects of life.

In this occasion, on behalf of our entire Family, I would like to express our gratitude & thanks to all concerned and would remember the kind assistances of all including the Police Department, Landlords, Schools, Colleges & University Teachers, Well-wishers, Neighbors, Friends & Relatives. We are grateful to all of them !

For further details, the following information may please be read.

Responsibilities : To sell Govt. Securities, Bonds ; Responsible for the Daily Operation / Functioning of the Bureau ; Report to the Directorate ; to Deposit the Daily Sales of Crores of Taka to Bangladesh Bank and to motivate People through Seminars, Exhibitions, etc.

CC) Proprietor, Sharif & Co. from March, 1985 to October, 1988, which was engaged in the export of Garments & Shrimps. Exported 60 MTs of Shrimps in the USA from Bangladesh Fisheries Development Corporation in 1989.

Responsibilities : To arrange everything to procure international businesses, viz., export orders for the Company.

Responsibilities : To execute the total import orders of the US Company, which imported Readymade Garments from Bangladesh for the US Market. Monthly business volume was more or less USD 0.3 Million in 1992-1993. Ten (10) to Eighteen (18) Garment Factories with minimum 10,000 workers worked continuously to export the ordered Garments.

FF) Independent Supplier & Consultant : From July, 1993 to December, 2004. Due to some unavoidable circumstances, Business activities suspended since January, 2005.

As Consultant, assisted Air France to sell one DC-10-30 Engine to Biman, Bangladesh in 1997. Took permission to set up Barge-Mounted Power Plant having 130 MW + 130 MW for Westmont Power ( Bangladesh ) Limited, a Malaysian & Bangladeshi Joint Venture Company in 1998 & 2004. 16 Districts of North Bengal are getting Power from that Power Company (Money Suit: 62 / 2003 has been continuing against the Company ). 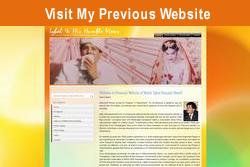